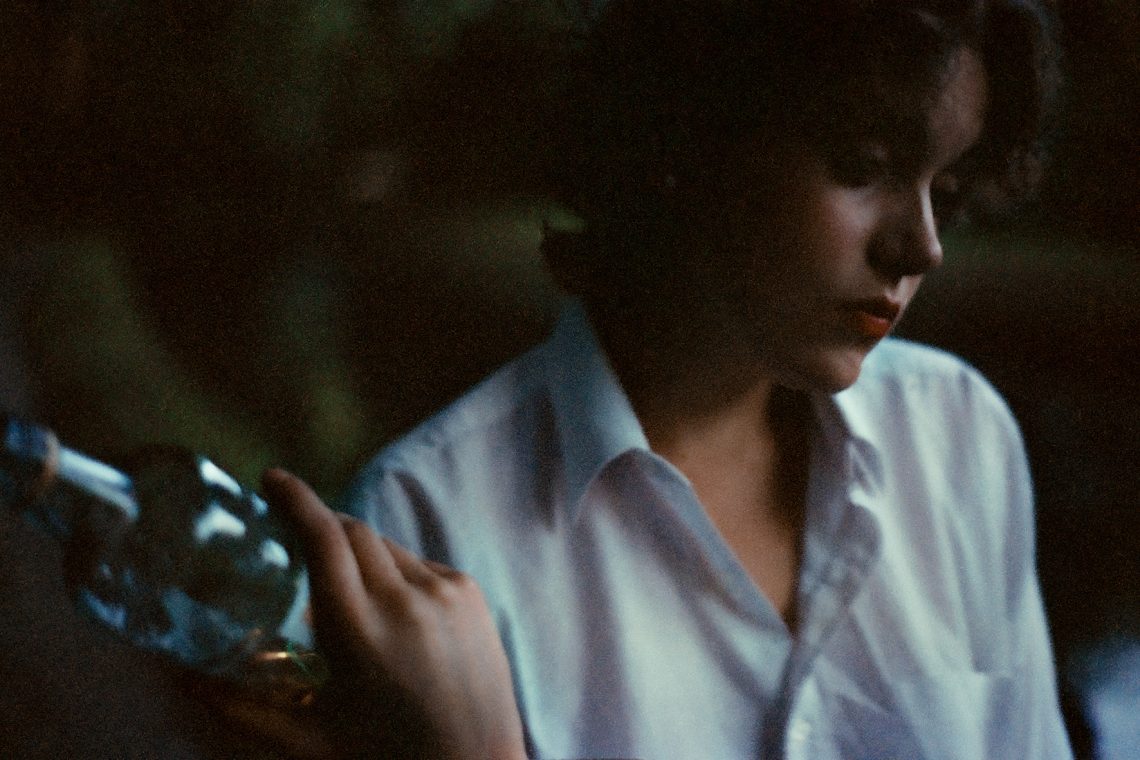 Born in 1977 in France, lives and works in Berlin.

In the middle of the 1990s Flavie Guerrand was a committed member of the French techno scene. Organizing raves parties offered her a distinct form of spectatorship. A lens that enabled insightful depictions of the underground culture and the fresh, intense and unparalleled energy that bleeds from these spaces. Rave parties are a central place of emancipation for minorities and the party a place of life necessary as much as it is for creation.  This perspective is striking and evident in her work today.

She only began to film and photograph the lifestyles she led some years later. With almost only archives of her previous clandestine nightlife, many flyers and audio recordings, she felt the urge to capture every experience she had through her camera. Her early forays into video work featured documentation of the parties she continues to organize in her living space – an old garage – and later in a basement in an attempt to keep the legacy and the spirit of free parties. The legacy unravels further, when she moves to Berlin in 2009 and finds her space in he blooming queer scene. After having photographed nightlife scenes for many years, she’s now the official photographer of queer “Italo Disco” parties at “Ficken 3000”, marked by a libertine and sulphureous atmosphere, typical of Berlin’s nightlife.

Took over the span of nearly 20 years, the series “I slid across the dancefloor” has been shown internationally since 2008 and has undergone a constant selection and review process which takes on its full extent during slideshows: the proximity to the moving image -she has worked as video editor- also strongly influenced her photographic work, an ever-moving portfolio made of “frames” that belong to a more complex narrative.